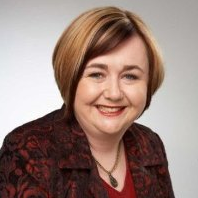 As the new government settles its feet under the running the country table, it will be getting all and sundry saying how New Zealand could spend money.

Here’s probably one of the few suggestions an incoming Science and Innovation Minister, Megan Woods, will receive on how the country can make money.

Align the science, innovation, commercialisation, and making and selling stuff sectors, along with our citizens, much more closely and dynamically.

Create a Science and Innovation Council that you, Megan, are also part of, whose job it is to link what are big disparate dots into a wealth-creating continuum.

Too much of our cleverness is isolated, and the connections between our ideas and income fragmented.

Equally, the general public’s largely unaware of the smart things researchers and business people do to make money from the tough task of getting someone to happily pay for a new or improved product and service

Now I’m not talking about physical type sciences such as earthquake measurement, volcano monitoring and keeping an eye on our water and soils.

It’s more the “here goes something interesting, that might have an application in the real worlds of education, digital, food, commerce, health and well-being.”

It is sellable things.

Why would a Science and Innovation Council help this?

Well, unless it is hiding under some rock somewhere, I’m unaware of anything that could be called a national innovation strategy. Because that’s the thing. We do lots of science, less innovation...but I bet there’s no one, anywhere in New Zealand who can tell us what directed and focused research we’re actually trying to do as a nation, and why.

Now other countries, ones we like to hold up as exemplars for ourselves such as Denmark, Finland and Singapore have Science and Innovation Councils (indeed, these councils are often/usually attended by their respective Prime Ministers).

These councils hep align their country’s business strengths, its expected future requirements, the ‘brains’ being trained up and the pipelines of new developments needed for their economies to stay competitive.

New Zealand could also do with naming the science and innovation path that we’re going down.

New Zealand could do with having a clear sense of concentrating on particular areas - rather than the ad hoc, ‘let’s give this a go’ approach that characterises our science and innovation.

Sure, we get the occasional success. But being a bit more focused, having a far-sighted strategy would be better for all of us.

Finally, an S&I Council would be able to argue much better, both at a private and public level, for greater investment in such creation of new wealth.

We owe it to ourselves to put together an auspicious mix of private business people, scientists, academics and government to form a new vital link connecting commerce, technology, applied science and fundamental science.

It certainly doesn’t exist at the moment.

Here’s a way for Labour to help the nation make money, not just spend it
+ Text Size -
Do NOT follow this link or you will be banned from the site! Original generation time 1.5386 seconds.