It’s that time of year when we fly  kites, give voice to possibilities. 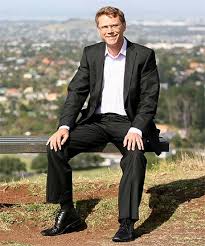 Stick’s blogged about the desirability of such a high-level, well-connected, oversight body in the past - but there’s nothing like resurrecting a good idea!

It was also Recommendation 13 in 'Powering Innovation' - a strategy paper from June 2011.

In the comparative countries, S&I Councils are often attended by the Prime Minister, but at the very least are way up in the pecking order of how and more importantly why, R&D is carried out.

Align the science and innovation continuum

These S&I Councils help align a country’s business strengths, its expected future requirements, the ‘brains’ being trained up, and the pipelines of new developments needed to stay competitive.

The other advantage an NZ S&I Council would have is to better engage the broader New Zealand public with science. Far too many people (my own children included) see science as a separate ‘thing’ that’s done by geeks, something that’s not relevant to their own lives (this of course while remaining totally oblivious to the huge R&D that is their smart phone).

A S&I Council would help address this disconnect. It would make much more visible and relevant the continuum between science and technology and how our country can and should create greater wealth from clever products and services.

A S&I Council would also help reassure Prime Minister Bill English that the continued investment in R&D is worthwhile and important. He, like all of us, like to know where’s the payback? Well, an S&I Council, preferably with him also on it, would help answer that question.

So, go on Mr Goldsmith, give it some decent thought.

(Peter Kerr runs Punchline [messages that matter], as well as What I Wish My Dad Told Me - advice that could be useful)

Why we should give some serious thought to a Science and Innovation Council
+ Text Size -
Do NOT follow this link or you will be banned from the site! Original generation time 1.3426 seconds.