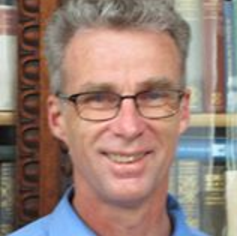 George Slim’s one of those comparatively rare beasts in New Zealand science (at least compared to the American environment).

Dr Slim has been a practicing scientist, government employee in the new/incubator business space, consultant (including science adviser to movies) and his latest incarnation as chief executive of Hi-Aspect.

This 18 month old Gracefield (Lower Hutt) based start up is part of the Powerhouse Ventures family of science commercialisation projects.

Hi-Aspect intends commercialising nanofibril products having proven the manufacturing and application of the naturally occurring natural protein scaffolds. Nanofibrils have been known about for quite a while, but a manufacturing process was perfected by Professor Juliet Gerrard, now at Auckland University.

These very long and thin (9 - 50 nm across, up to 1000 nm long) form a soft, stable gel in water and create a moist environment which can allow the controlled release of active ingredients.

Hi-Aspect intends addressing potential uses for its technology by stepping up through markets in terms of sophistication and complexity. It’s first target is skincare. The name Hi-Aspect comes from  the shape of the fibrils which means they have a high aspect ratio.

“We’ve developed a way to have controlled delivery of bioactives in a topical formulation,” says George.

“Normally, when you put something on the skin there’s no real way to keep it there, or control how fast an active ingredient is released and absorbed. Our first products then are creams for the delivering vitamins and bioactives.”

Hi-Aspect is looking to replace synthetic delivery products and mechanisms, and if and when it is successful intends to be a supplier to other cosmetic (and other products) manufacturers, in a similar way as to how Goretex and Intel are core ‘ingredients’ at a supplier level.

The company has been carrying out laboratory work to prove its gels, patches and films do what they say they do; as well as clearing safety specifications.

The cosmetic industry has standard tests, which so far Hi-Aspect’s initial compounds have passed with flying colours.

“Technically speaking, we’ve performed extremely well,” says George. “Business development in what is a relatively conservative industry has been time consuming, though now we’re back on track. Cosmetics companies are surprisingly traditional, they like familiar ingredients.

“Introducing a novel ingredient is not as simple as you might think...others will tell you that too.”

Over the next year, Hi-Aspect’s key focus is to create sales and generate income. It is developing a sunscreen formulation where the ability of the fibrils to bind active ingredients has particular advantages. Before it goes to market “ we have to prove it holds up its claims for sun protection.”

A large potential market is being pursued in wound healing. An investment memorandum seeking hundreds of thousands rather than millions of dollars is being sought to fund product development in this area says George.

Treatments for non-healing and slow healing wounds, in diabetic ulcers for example, where bioactive ingredients can also be incorporated are few and far between he says.

Hi-Aspect is in preliminary exploration of possible wound-healing products’ partners (most of them USA-based) who may be interested in the proprietary technology.

Crystal-ball gazing, George says that in 10 years time he envisages Hi-Aspect being a New Zealand based company with tens of millions of dollars turnover, licensing its always improving technology (with the R&D still being carried out in this country) around the world.

He says Callaghan’s Repayable Loan Scheme (RLS) has been essential in “getting things up and running and solve some technical issues that investors want to see dealt with.”.

Having been on three different sides of the science-commercialisation mix, George says the point of the RLS is that it acknowledges the speculative nature of the investment.

If (or rather when) Hi-Aspect is successful, it will pay the loan back as a percentage of sales. If not, the loan is written off.

Given what he sees of the market potential for their nanofibrils technology, George is willing to bet that taxpayers will receive an excellent return on their investment in the fledgling company.

“We’ve done the hard yards in proving our methodology, and we’ll need additional skills and funding to take finished products to market ourselves,” he says.

“And, we do want to help in-market companies be successful with our new, natural and highly effective products. When they’re successful, we will be too.”

Harnessing nature to deliver bioactives where and when they’re wanted
+ Text Size -
Do NOT follow this link or you will be banned from the site! Original generation time 4.0794 seconds. Cache Loaded in: 0.0294 seconds.